Male breast reduction is becoming more recognised. Celebrities are helping by breaking the silence, and talking about their own gynecomastia surgery.

‘The Rock’ Johnson, the popular pro-wrestler turned movie star, recently spoke out about surgery for his own ‘man boobs’ during his WWE life.

This news shows that even the fittest of men can suffer with gynecomastia. But it also gives a huge boost to many men, proving that a successful gynecomastia procedure can help to regain body confidence.

Why did ‘The Rock’ need a male breast reduction?

Despite a career in the limelight, 48 year-old Dwayne ‘The Rock’ Johnson suffered silently with his own self-esteem issues.

A natural sportsman, in the mid-nineties Johnson moved from a college football career into the world of pro wrestling. An imposing figure, he went on to become a Hollywood star.

However, like many men, he was embarrassed of his ‘man boobs’, with excess tissue on his chest. And this was not something he could easily hide. He was typically cast in topless roles to show off his rippling chest, in films like ‘The Mummy Returns’.

Exercise was not effective in reducing his pectorals, so he decided to have a gynecomastia surgery to deal with it.

What caused The Rock’s gynecomastia?

Genetics probably played a big part in Johnson’s physical appearance. He was Black Nova-Scotian and Samoan descent, and they are generally big and strong.

When there is an imbalance of the body’s hormones in men, specifically low levels of testosterone, this can lead to gynecomastia. This can easily be linked to his genetics.

His rigorous fitness regime and enormous diet were consistent with other body-builders, but he was also living in a world where steroid abuse was commonplace.

Steroids can also damage your body’s ability to produce testosterone. Some sources say that Johnson admitted to using steroids when he was younger, so this may very well have contributed.

What is gynecomastia surgery?

Gynecomastia (Gyno) surgery is a simple procedure to remove excess breast tissue in a man.

The first step is a detailed consultation with a Gynecomastia Specialist. During the consultation, you will discuss your own case, the best options for you to achieve your goals and which approach would be most beneficial to you.

Gynecomastia surgery generally takes less than two hours, usually performed as a day-case operation either under local anaesthetic with sedation or under a general anaesthetic.

If you have gynecomastia and are thinking of male breast reduction surgery, contact the Masculum Clinic and book a consultation. 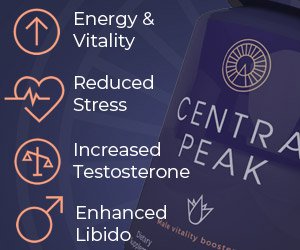